"And he said unto them, Go ye into all the world, and preach the gospel to every creature.”
Mark 16 v 15

FAME Mission was established in 1996, through the providence of God and the labours of His human instruments, Rev. Alan and Mrs. Irene Dunlop.  Following Alan’s visits to Africa and the impact of witnessing first-hand the poverty and great need of God’s people there, a support network was established among evangelical, bible-believing churches in Northern Ireland for their counterparts in Kenya. This support was called ‘Friends of Africa Missionary Endeavour’ better known today as FAME.

Not long after this a request for medical aid in a remote area, 100 miles north-east of Nairobi was received, and a mud-walled room was offered in the small village of Kithumula, if FAME could provide wages for a nurse and medical supplies.  Around the same time, FAME received a gift from the Curran family in Northern Ireland to do something in memory of their daughter, who had recently died from Leukaemia.  The Naomi Curran Memorial Clinic (Curran Clinic) was built in 1998 through the providence of God, by the labours of Messrs. Alan and Trevor Cunningham, assisted by Mr. David Garrett,  Mr. Francis Lecky and many others whose hearts had been touched.

From the late nineties, under God the work expanded with the building of Masavi Girls Secondary School and the opening of a Child Rescue Centre a few years later.  During these years, Alan travelled back and forward from Northern Ireland as the work was being established in Eastern Kenya, and initial efforts were made to open the door for evangelism.  During that time, God also put it in the hearts of many of His people to travel and visit the work.  These mission teams went out to help with different practical work but could not forget what they saw; and God gave many of them a heart for the work, and they have continued to support the mission ever since.

‘Mungu Kwanza’ (God First) has long been the FAME motto.  Therefore, endeavouring to follow the great commission in Mark 16 v 15, “…Go ye into all the world, and preach the Gospel…”, we strive by God’s help to be a Bible-based mission where the Christ-centred presentation of the Gospel in both word and deed is first priority.  If we are to model the Master then we must be compassionate and go about doing good, as He did (Acts 10 v 38).  God has opened many practical and positive ways in which we can let our light shine, and our good deeds have helped open the door for the gospel message which we proclaim.  Amy Carmichael famously said, “You can give without loving; but you cannot love without giving”.

The work entered a new phase in March 2010, when the Lord called a young family from Cookstown Free Presbyterian Church, Mr. Rodney Davidson, his wife Alma and their four children, to serve Him full-time on the mission field.  They went with the approval of FAME Board for a one year trial, which turned into seven and a half fruitful and blessed years, during which the work expanded through the help of Almighty God, and many precious souls were saved to the Glory of God.

As the Lord provided and the Mission continued to grow, Masavi Boys’ Secondary School was built, a Laboratory was added to Curran Clinic, and a second medical clinic built and opened at the remote village of Munou approximately 30km from the FAME Mission Centre.  The Cole Baby Unit (CBU) was also opened for the rescue of abandoned babies, as well as a purpose-built McCrea Memorial Christian Resource Centre (CRC) for the teaching of believers and Pastors.  Six villages in the area were also connected with clean drinking water from a borehole which had been drilled at Masavi Girls’ Secondary School.  The preaching of the Gospel of our Lord Jesus Christ was expanded through prison ministry, as well as village, home and school evangelism, with 35 schools being evangelised in the surrounding remote area.

In January 2016 the Lord called another missionary, Grace Mbalu (nee Sturm), to the mission field, with a burden for child evangelism.  Grace’s labours saw the school ministry grow to over 70 schools, through which more than 250,000 souls have been reached, and we are confident of this: Isaiah 55 v 10-11 “For as the rain cometh down, and the snow from heaven, and returneth not thither, but watereth the earth, and maketh it bring forth and bud, that it may give seed to the sower, and bread to the eater: So shall my Word be that goeth forth out of my mouth: it shall not return unto me void, but it shall accomplish that which I please, and it shall prosper in the thing whereto I sent it.”

God, in His sovereign plan and purpose, led the Davidson family back from the field in September 2017. Grace remained on the field, and in March 2018 she was joined by Rev. Aaron Dunlop (son of the founder, Alan), his wife Grace and their family, who laboured on the field for two years and developed the Christian Resource Centre and Bible College, with more formalised and extended bible training courses being added. Aaron and his family returned from the mission field in January 2020. Grace Mbalu (nee Sturm) has since married a Kenyan pastor and now lives as a resident with her husband Victor just a few miles away from FAME Mission Centre.

We thank God for what He has done and is doing; the end is not yet, and the best is yet to be!  Please pray that God will continue to build His church and extend His Kingdom through the salvation of precious souls for whom Christ died, from every kindred, tribe and nation, including the Wakamba tribe in Eastern Kenya.

We would encourage as many as possible to put their shoulder to the plough and help support this great work, this biblical endeavour. Be encouraged to know that Almighty God is on the throne and His ways are not our ways and we pray that His will be done and His Kingdom extended and that His Name will be glorified above everything else.

Pray for them, and also for our children’s home Matron; Agnes (who oversees the vocational sewing class), for the Head carpenter Mutisya (who oversees the carpentry vocational training school), and for Ruth with her team in the Cole Baby Unit. We thank God for all their endeavours and labours of love.

1. The final authority for every matter rests on the original language Old and New Testament texts of the Judeo-Christian ‘Holy Bible’, which are, in every word, the Divinely Inspired and Infallible Word of God.

2. The only true God is a ‘Trinity’: One God existing eternally in Three Persons (Father, Son and Holy Spirit) who are equal in power and glory.

3. The Lord Jesus Christ is eternally God the Son; born of a virgin; truly human yet sinless; and that his righteous life, substitutionary death, resurrection and eternal intercession are the only way for mankind to be saved from their sins.

4. In order for any individual to be saved, to live the Christian life, and to serve God, he/she needs to be Regenerated, Sanctified and Indwelt by the Holy Spirit.

5. Salvation from sin is a free gift of God to the individual, through faith in the atoning work of Jesus Christ, necessarily accompanied by repentance from sin, and in no way linked to our good works or personal righteousness.

6. In addition to Bible reading, prayer and Christian service, all adult believers should be baptised,and also frequently attend the Lord’s Supper.

7. Believers are called both to be witnesses of the Gospel, and to practise the pure religion of giving humanitarian aid to the needy, as exemplified by our Lord Jesus Christ.

8. The commonly described ‘signs/gifts of the Spirit’ including Glossolalia (speaking in tongues) currently occurring in Charismatic churches are not to be taught or practised.

10. The Lord Jesus Christ will return visibly and personally to reign, and to resurrect the bodies of the saved to eternal glory, and the lost to damnation.

11. The Westminster Confession of Faith (and associated Catechisms) are to be particularly valued as an outstanding and orthodox description of the Christian faith. 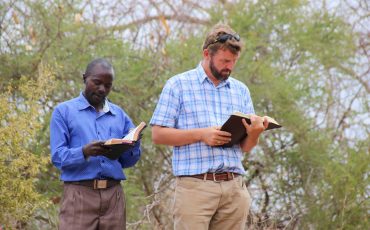 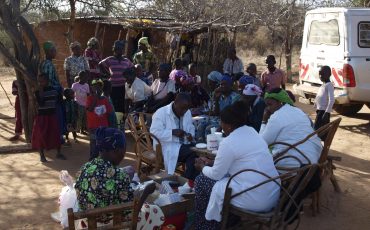 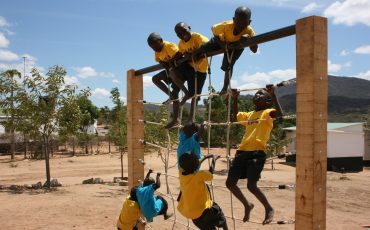 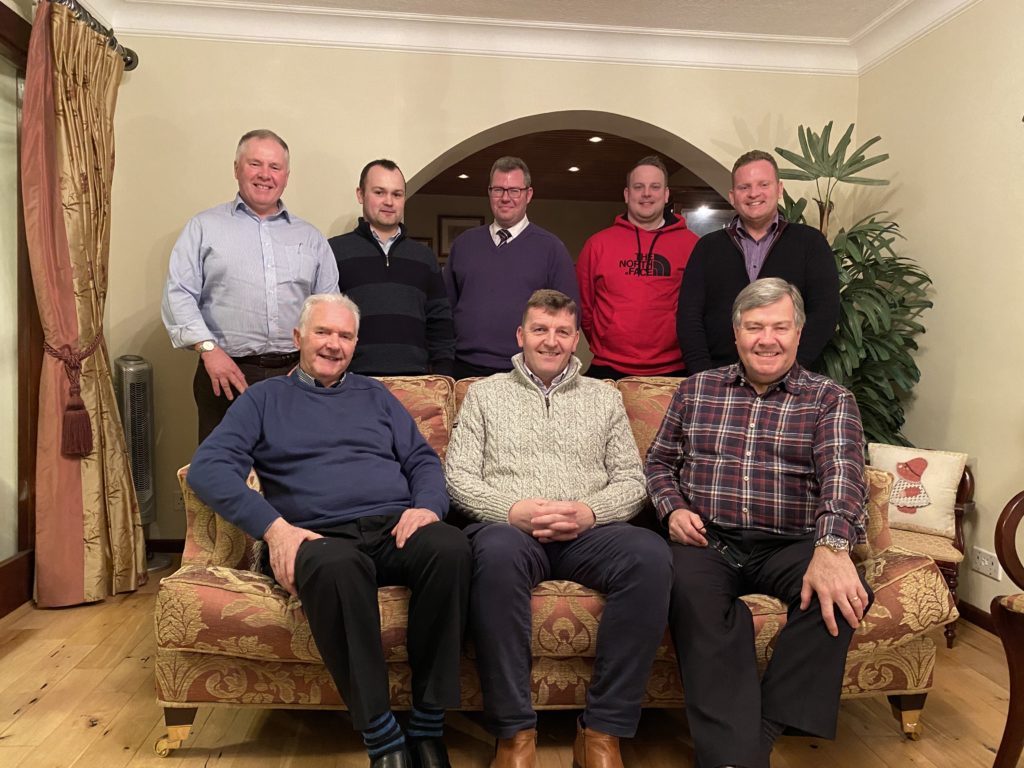 “He that hath pity upon the poor lendeth unto the Lord; and that which he hath given will he pay him again." Proverbs 19:17